Getting to Know: Jon Coble with GOGO Band 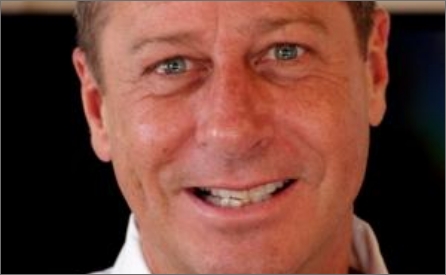 Title: Chairman and CEO of GOGO Band, a Hanover County-based startup company that has developed a wearable, biometric device to help detect a chronic health condition in children

In which part of town do you live: western Henrico County

Best business decision: “Having the courage to persevere in the face of seemingly overwhelming odds. In the startup world, one realizes that barriers are not there to keep us from our dreams, but to give us the chance to show how seriously we want to achieve them. Barriers are there to stop those who don’t have the perseverance and grit to overcome them. They are there to stop other people — not you.”

Worst business decision: “Going into business with someone I later realized was completely lacking in integrity and ethics. Integrity is unquestionably the highest and most needed quality in the business world, and ethics are your guide when decisions are made in the ‘grey zone.’ Without these two core traits, success is impossible.”

Mistake you learned the most from: “Accepting the challenge of a factory owner in Changsha, China, to a live, baby mice eating contest. Need I say more?”

What is the biggest challenge/opportunity in the next two to five years: “Guiding our biotechnology company GOGO Band from a startup to a $100 million-plus business.”

If you had to do it all over again, what would you do differently: “I would have become a startup entrepreneur sooner.”

Book/movie that inspired you the most: Book: “Dune”; movie: “Pay It Forward”